Beta 7.4 is a mostly a bug-fix release, addressing some dungeon generation bugs and some UI improvements.

A Wwarning: Due to a change in how dungeons are generated (to prevent broken teleporters) all in-progress dungeons will be reset. You may want to consider completing dungeons before upgrading.

No big news here – Beta 7.2 fixes some save game issues people had with Beta 7.0, and hopefully fixes the auto patching (which will make future updates easier!)

Unfortuately the updater in Beta 7.0 was broken so you’ll have to update manually (this link is in the update message!)

Beta 7.0 brings a huge amount of fixed and improvements!

The most noticable change is you now choose your Wizard! Each wizard has a unique power that improves your heroes in a unique way. 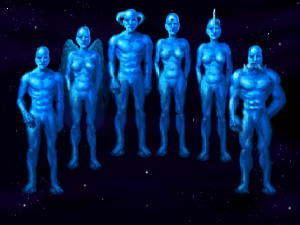 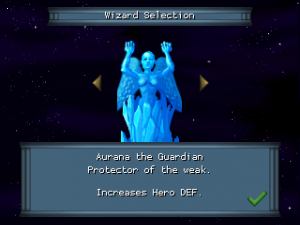 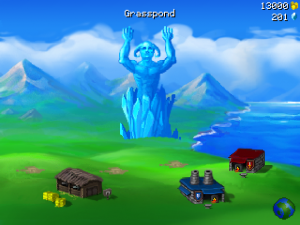 Plus lots and lots of bug fixes:

Whew! That’s a lot of fixes.  HOBL is getting closer and closer to the first final release.  It’ll be mostly fixes and balancing for the next while.

The bundle is running from Nov 7th to Nov 14th, so don’t wait!

Beta 6.0 is now out in the wild, this update includes new dungeon graphics and a new UI look, among many other fixes and changes. Try out Heroes of a Broken Land Beta 6.0 for yourself. 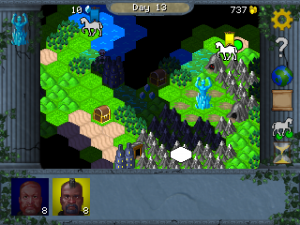 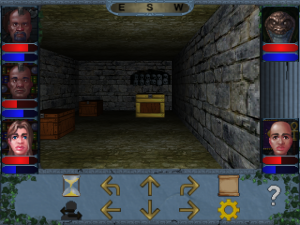 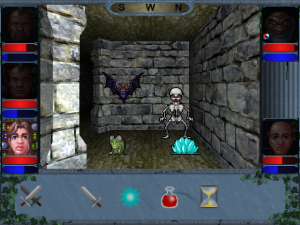 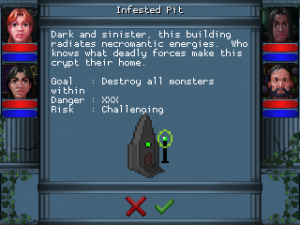 I’ve been spending the last little while updating the UI.

In the Alpha build the UI was very simple and looked like a prototype. Function over form. In the first Beta build I updated the UI’s look a little – cleaned up icons, better layout, etc – but it was still very plain.

Keeping the UI simple has actually saved me a lot of development time, because I never cared too much about how it looked, it was easy to re-do screens and rearrange the UI layout.

However a gray background doesn’t cut it for the full game. Now that the game’s features have been pretty much implemented, I’ve been spending some time updating the look.

What do you think? 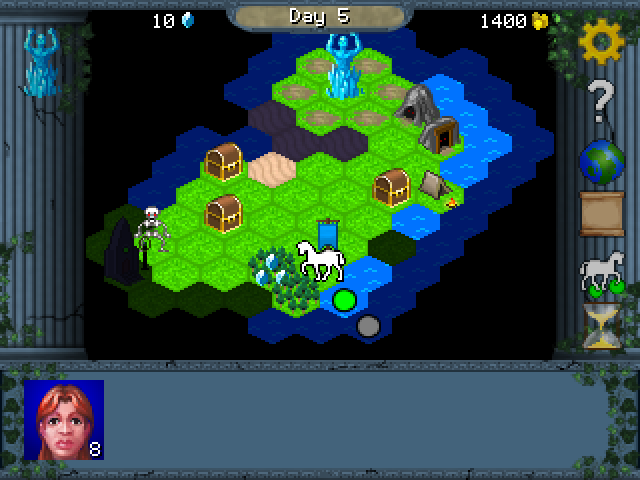 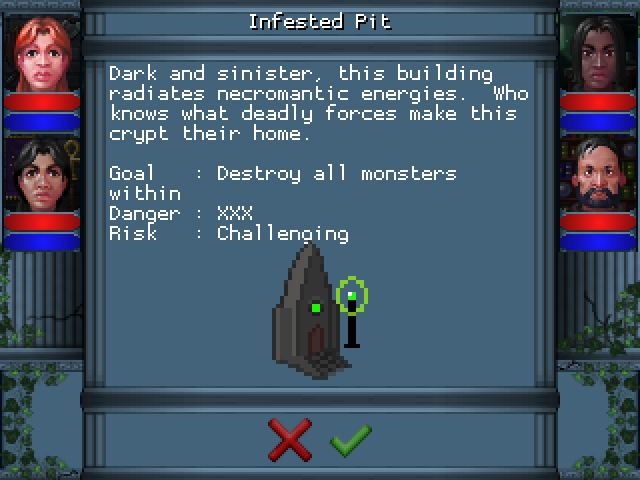 I’ll probably touch it up a little bit before it’s complete, but the overall direction I’m pretty happy with so far.

Lots of improvements all around, tons of new world events that give quests, some involving multiple dungeons, giving you a much more lively world. Plus the much-requested auto attack button, for those easier encounters. 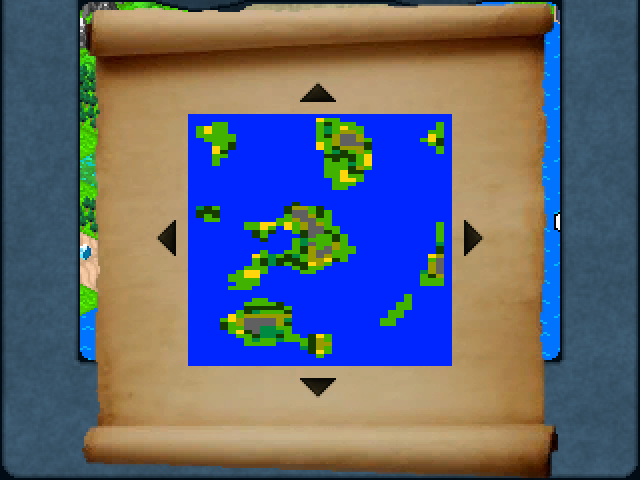 Once again Heroes of a Broken Land has been updated and now downloadable.

Upated builds should be available on Desura and GamersGate “soon” 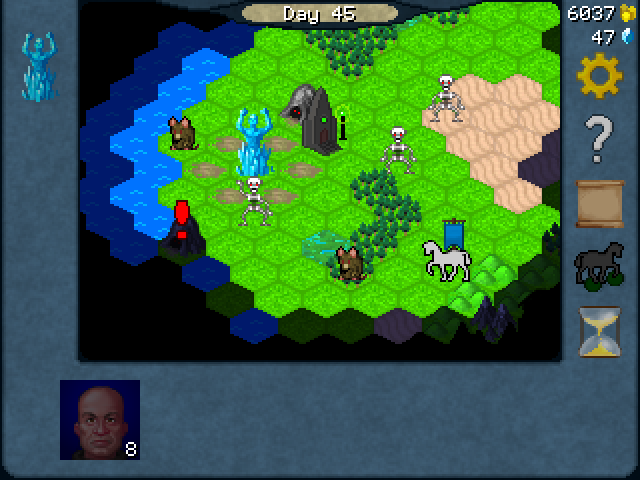 The event system upgrade should mean that games become more interesting and varies.  I will be adding more world events as well as adding more detailed and complex events. The choices you make will have consequences, both short and long term.

I will start taking a second look at shops and trainers, balancing their prices and skill availability.

Plus I’m going to start filling in some basic missing functionality that I’ve been promising: keyboard customization and customizable portraits.

We’re getting closer and closer to the final 1.0!

A much requested feature has been added: help screens! Now you can see the various classes and their skills. You can also read up on defated monsters.

There was also quite a bit of skill balancing, especially Fae and Lizards, but Priests and Mages also now have some new unique skills.  Unfortunately if you’re using a save game from a previous version your skills won’t be updated. 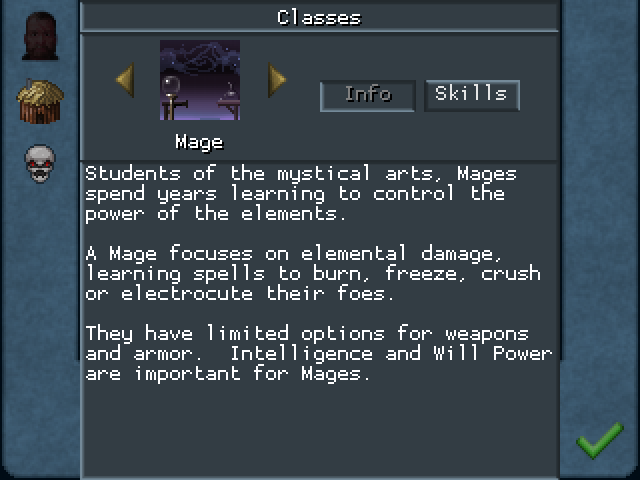 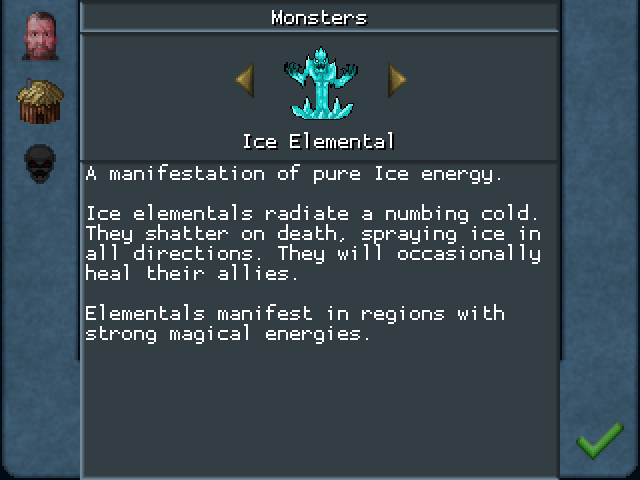 Curious about Heroes of a Broken Land, but don’t have time to play for yoursself? Check out a gameplay video by GiePunkt: