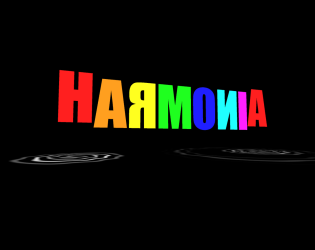 This past weekend I participated in TOJam, a 3 day game jam based in Toronto.  It was a hectic weekend, but a lot of fun.  I had already decided to expand on my last game jam idea about echo location: Echo Chamber.  This time I was determined to make sound and music the core game interface, and I think I’ve succeded in Harmonia.

If you find the screen shots confusing, it’s because they probaby are.  You really need to see the game in motion, preferably via the Oculus Rift, to really get a sense of what the game is like. 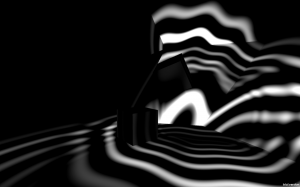 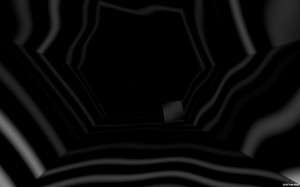 Harmonia was designed to be used with the Oculus Rift, but is now playable without VR equipment.  However the game does require a Mic to play.

The basic premise is very simple: you interact with the world using sound, your voice, a musical instrument or just by blowing on the Mic.  Harmonia is an exploration focused experience, with two playable levels.

You can grab Harmonia from itch.io: http://wingedpixel.itch.io/harmonia

Don’t forget to check out the rest of the TOJam games!

Being a game jam game, the scope of Harmonia is of course quite limited.  There were a lot of features, designs, tricks and techniques I wanted to try out but simply didn’t have the time.  Also in the journey of creating a game like this – where even the basic inputs are new, with no existing preconeptions or best practices to follow – you learn a lot along the way.  So there’s a lot of room for improvement both in execution and design.

However I’m quite happy with the final result, I think as a proof of concept it works quite well, and just about everyone who tried Harmonia was able to expereince something novel.