However procedural generation is both a blessing and curse.  It allows you to generate nearly endless variations of worlds, dungeons and monsters. However it can also generate very similar content, and if not careful the content can be too random and generate spaces that aren’t designed for the game at hand.

This was a major problem HOBL1’s procedural generation is it was too random. The short explanation is HOBL1 generated mazes and then tried to put interesting content into these mazes. Sometimes this worked, but more often than not it just generated some sprawling random mazes filled with monsters.

To overcome this flaw in HOBL2 we first generate a graph that represents to flow of the dungeon. This ensures that each dungeon has a logical progress, a flow from start to end. It also allows dungeons to be quest driven and designed from a high level, while letting the procedural generation fill in the details and physical layout of the dungeon. 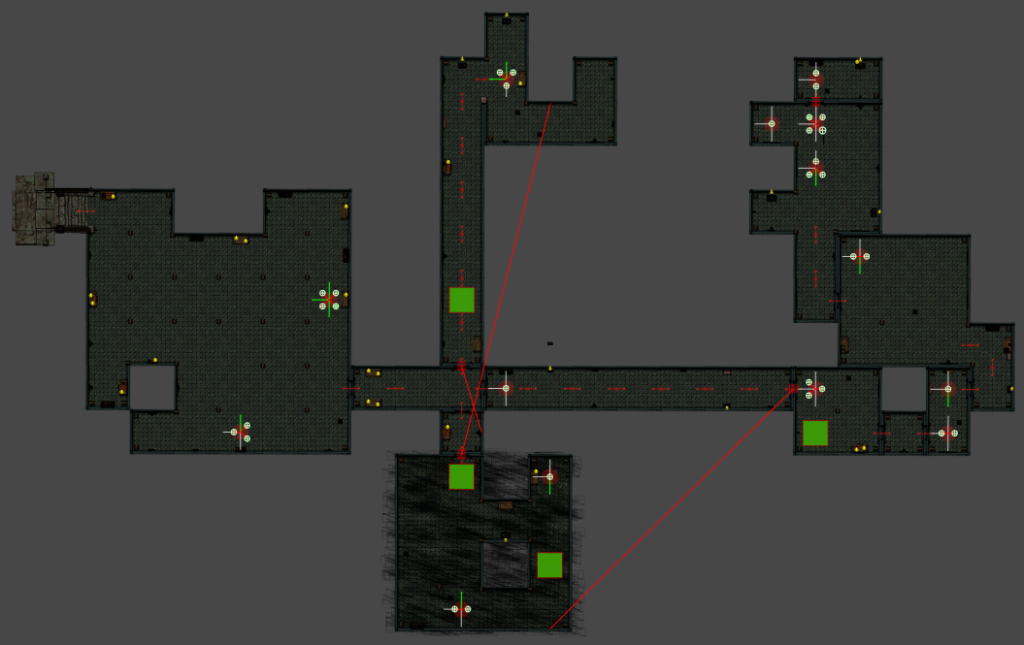 The main world will also be generated in an similar way, as a series of connected fragments you travel through instead of a large single map. This should improve the feel of progression through the word and allow for more variation in world generation.

Another way I plan to augment the procedural generation is with the ability to weave custom content into a larger procedural world or dungeon.  I’ll have more to say about this in future posts.

HOBL1 suffered from a poorly implemented quest system. Simply put it was difficult to author quests for technical reasons, and so the game simply didn’t have many different quests. This led to basically performing the same dungeon crawl over and over, which can be fun, but it obviously repetitive.

Fixing this has been a personal priority. HOBL2 will have an entirely re-written quest system that allows for much more variation through a custom scripting engine. The new system is so much more powerful that essentially the world generation is based on the quest system. The quests define the higher level game world and progression and the procedural generation systems will fill in the detail.

This new quest system will be also covered more in future development logs as I have a lot more to say about this and it’s critical to many of HOBL2’s improvements. 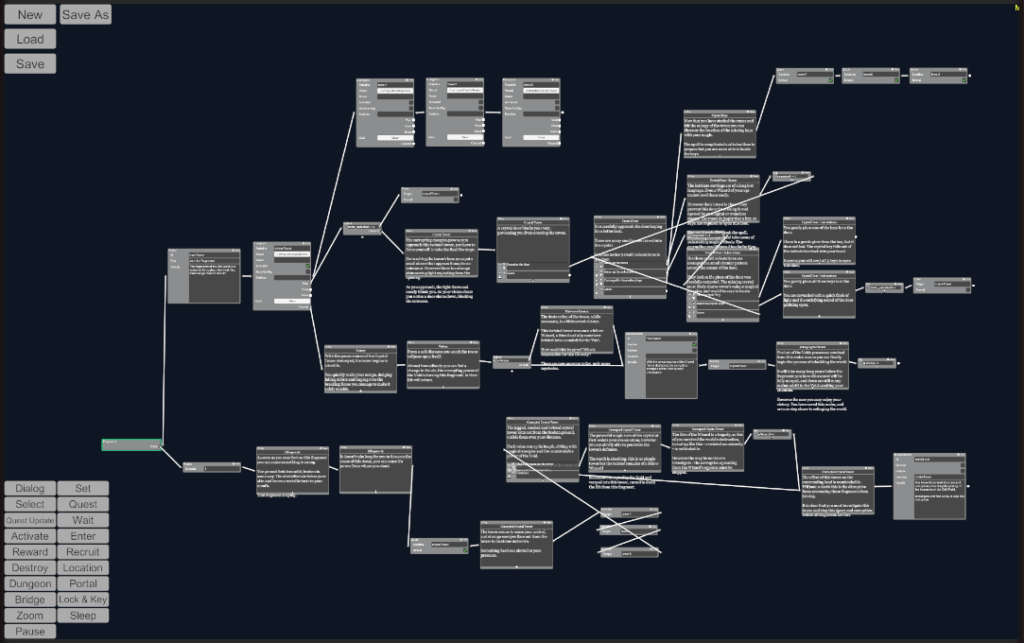 Heroes of a Broken Land is all about heroes: recruiting them, customizing them, upgrading them and adventuring with them.

HOBL1’s flaw was that heroes converged to generic adventurers. That goes against the theme of recruiting teams of heroes to tackle dungeons. Instead you just kept the same heroes and increased their power and abilities to handle any situation. To address the heroes need to specialize rather than generalize.

This required a re-design of the whole class and skill system. Heroes will no longer have a single class, instead they will have up to 3 “jobs” (the name may change). Each job provides a mini-skill tree that evolves as heroes gain levels. The main reason for this change is to make each Hero more distinct, as heroes gain levels they will get more powerful but also more specialized. This will encourage different skill and job selection as well as make the use of multiple heroes more desirable.

From a player perspective this opens up many more interesting character builds, encourages a more diverse hero pool and rewards trying new combinations of jobs to explore hero potential.

Any and every game can use more time. While developing HOBL2 part-time means it does take longer to get things done, it also reduces the pressure to release the game by a set deadline and allows more time . That doesn’t mean HOBL2 will be in development limbo forever, it just means it will get the time it needs.

I plan to have the game in early access for about a year, adding content, fixing bugs, polishing the experience and most importantly getting real player feedback.

Future development logs will show the current state of the game and focus on more specific development tasks that I’m working on.